Taking complete strangers into your own home is not something most people do without thinking twice or even three times.  But we did, starting in 2011 and we have continued doing it off and on since then.

How did we get into it? Well it started with retirement and us being nosey over the newly opened YMCA in Bridgwater costing over £4M. There was to be YMCA National Thanksgiving Service at St Mary’s Bridgwater and following the service all were invited to look over the new YMCA. So we took the opportunity to attend and saw not only a forest of Mayoral chains from as far away as Newcastle and Plymouth, but heard testimonies, for want of a better word, from young people, Connor, Kate and Stacey.  They extolled the virtues of the YMCA and how it had turned their lives around, especially Connor who was now a YMCA youth leader.  We and all of the packed church could not fail to be inspired by their frankness and honesty.  After the service we got a good look at the new YMCA and went home.

We saw an advert a few months later asking for volunteers for Nightstop, the charity that helps homeless people 16 – 24 years old.  It said there would be a drop-in where YMCA staff would explain how it worked. We talked about it, thought about it and we had two spare bedrooms. The three testimonies had done their work in us understanding what some young people have to contend with, so we went along to the meeting.  We were encouraged by the explanations and volunteered.

What surprised us was the length of time it took to interview us on three separate occasions and do all the necessary checks on us and our home.  But that was very reassuring as they explained they would take the same care with any young person who asked for help. We would not be asked to provide accommodation for those with drug or alcohol problems or was a known criminal.

Over the past seven years we have hosted such a variety of individuals. Some silent, some who never stop talking, some anxious, some cocky but all of them worried about their future and grateful for a safe space away from their distressing homeless state. We know we are only a temporary fix but the YMCA will be working on it to provide more permanent accommodation, mediation with family if that’s possible, training on how to be a tenant plus good money and job advice. Some are just unlucky to be homeless and some have not been blessed with good parenting and are struggling to make their way in the world.

What we are giving them is our spare bedroom, a secure space and a moment of time to think over their situation, with no strings attached.  We do their washing if they like and they share our evening meal.  One arrived with nothing but the clothes he stood up in, after sleeping rough in Cranleigh Gardens for two nights in freezing temperatures. He showered and borrowed clothes while we washed his.  His relief at being clean and knowing he had a comfortable bed for the night was remarkable to see.

Don’t worry about food; most will share your evening meal.  Have a pizza or sausages and chips in the freezer and you have no worries.  Breakfast is also easy as many don’t eat anything and its cereal and toast for the rest.  We always offer a hot drink when they arrive and almost always it’s “with two sugars please”.

When we say yes to a hosting request it’s because its convenient with the other things we are doing.  Currently we don’t do more than half of the requests and that’s fine.  There are other volunteers who can be asked and we have never been pressured to host anyone.

We are Nightstop hosts because we are an essential part of a large YMCA team that can and do make so much difference to young people in difficulty circumstances in our town.  Simple kindness, hospitality and a listening ear working with the YMCA can have the remarkable effect of changing a crisis into an opportunity.

With every good wish for your future involvement in Nightstop 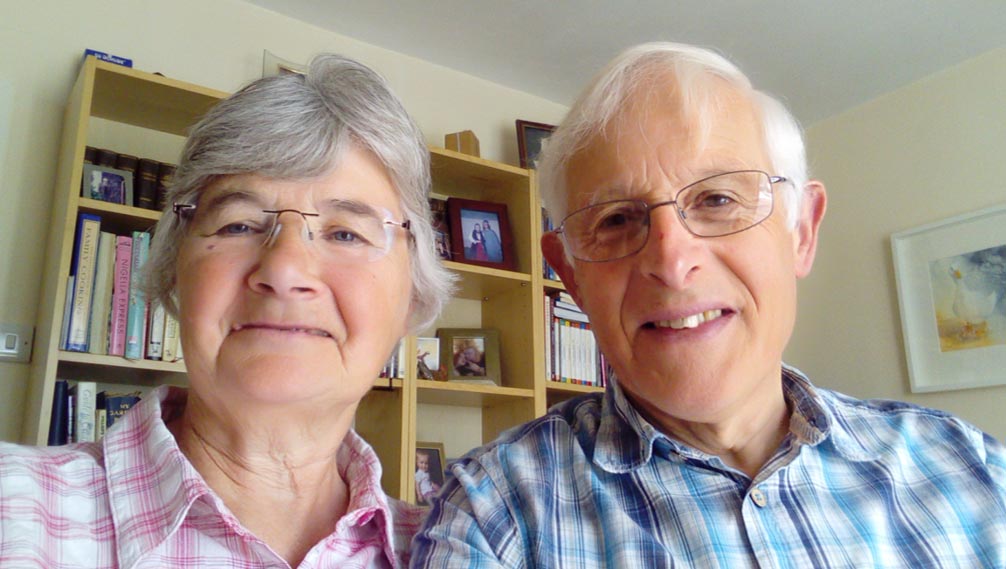